We regret that due to the ongoing civil unrest in Haiti, we currently assess it as too dangerous to send volunteers into the country, and there are no trips or visits being planned.  We do however hope to restart mission trips again as soon as the situation in Haiti improves.
​Anyone who has travelled as a mission trip volunteer will know how life changing it can be. The person who travels receives much more than expected but the aim is always to serve and empower people in need. We want to thank all the volunteers and organisations who have travelled with us in the past.   If you would like to join a future mission to Haiti, please get in touch with us by emailing yvonne@hopehousehaiti.com.

The Trustees took the difficult decision in November 2019 to cancel the January 2020 Medical Mission, due to civil unrest which initially started in February 2019.   In its place, Yvrose was able to organise a local team using two Haitian Doctors who had been part of the January 2019 medical team, supported by two Haitian nurses, a pharmacist and Hope House staff.   We dispatched the medicines to them which thankfully arrived safely, praise God, and were able to provide the funding.    The team were able to check and treat around 500 of the children, and update their records (below right picture)

Following the medical mission in January 2019, a volunteer subsequently visited Haiti to carry on the medical work, weighing and measuring the children and administering worming medication, during a quieter period.  She also started a project to make re-usable sanitary care (below left picture).

​Our long term volunteer returned in September 2019 for 9 weeks to support teacher training being provided by professional Haitian trainers, to implement "learning through play" throughout the school.    The first week of the new school year she spend supporting the 1st Grade Special Class, which is for children who have never been to school before, whatever their age (below middle picture).   These children have never sat at tables before, handled pencils and books, or used counting blocks.   A special teacher is needed for this class and two teachers were trialled and moved on to other classes before the right one was found in Mme Naphtalie .   Unfortunately after this first week, all schools in Haiti were forced to close due to political unrest.   Nevertheless, despite severe food shortages and the dangers of travelling anywhere outside the complex, teachers continued to show up at school, demonstrating the amazing resilience of the Haitian people.   The volunteer was able to provide some training, but also supported the family and teachers both practically and spiritually - it proved to be vital input.  Then while there was a safe day declared from the rioting, she was able to fly out two weeks earlier than planned under God's protection. 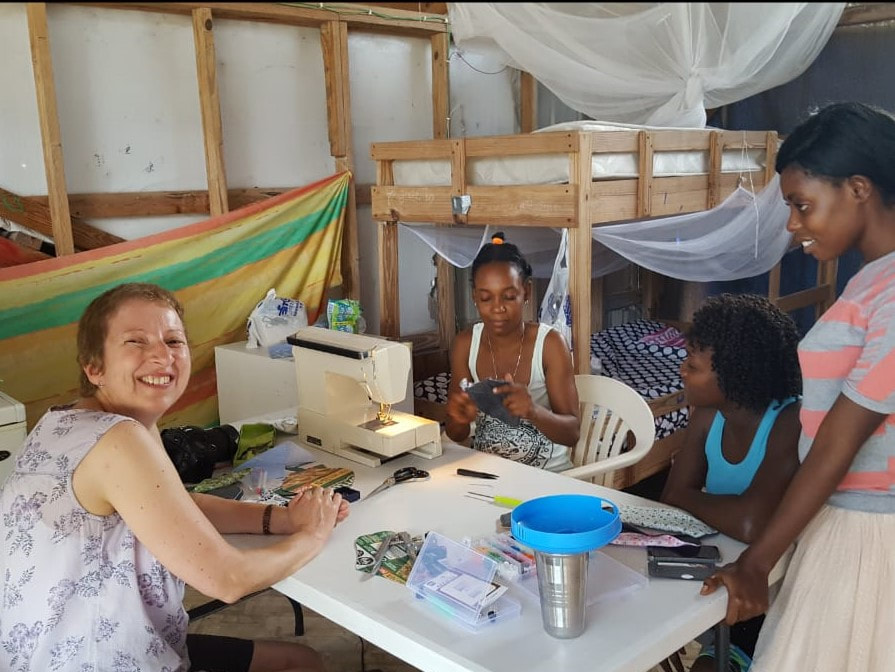 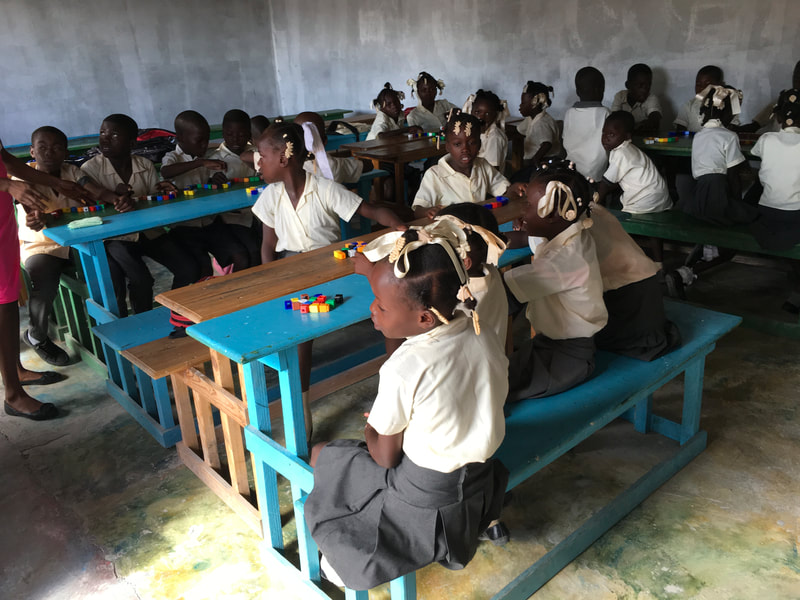 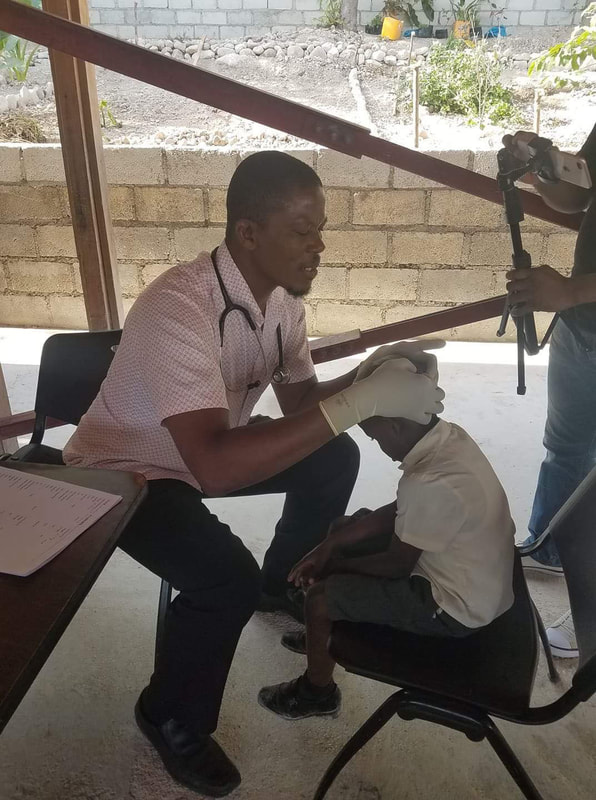 ​After formation of the Hope House Haiti (UK) charity in April 2013, visits to Haiti were made initially by Bolney residents and teachers, and in 2014 Mr Edwards a former teacher at Bolney CEP school visited Hope House for 3 months to undertake staff training and teach English.    During 2014 word spread, and in January 2015 the first medical team of 8 visited to undertake medical screenings and establish medical records in the school.   A Medical team was then sent every year in January from 2016 through to 2019.
​And finally, we have seen the Master Physician at work when no medicine could cure. Jesus heals.

​In addition to the annual medical missions, other teams have also visited Haiti.