The Library is now finished, thanks to the generous donation of the Rotary Club of Lindfield and Cuckfield in partnership with a club based in Germany.   The build was started in the autumn of 2019 and completed a year later.   It is now a well used facility where students can study and undertake research, thanks to the provision of 15 laptops.   ​ 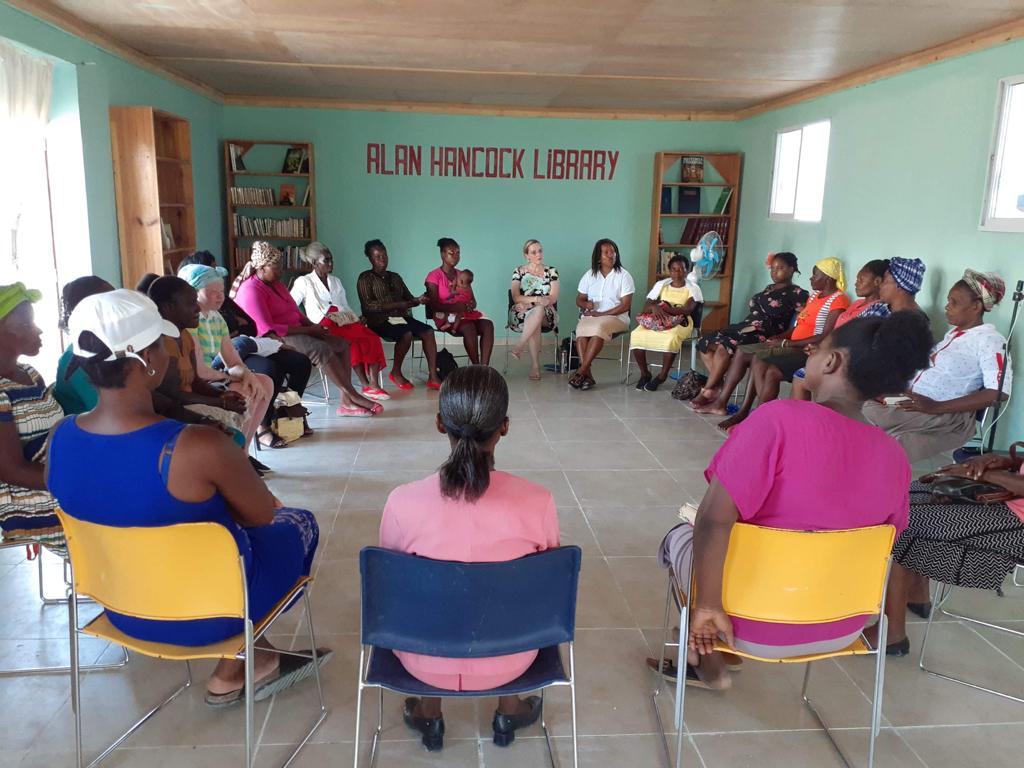 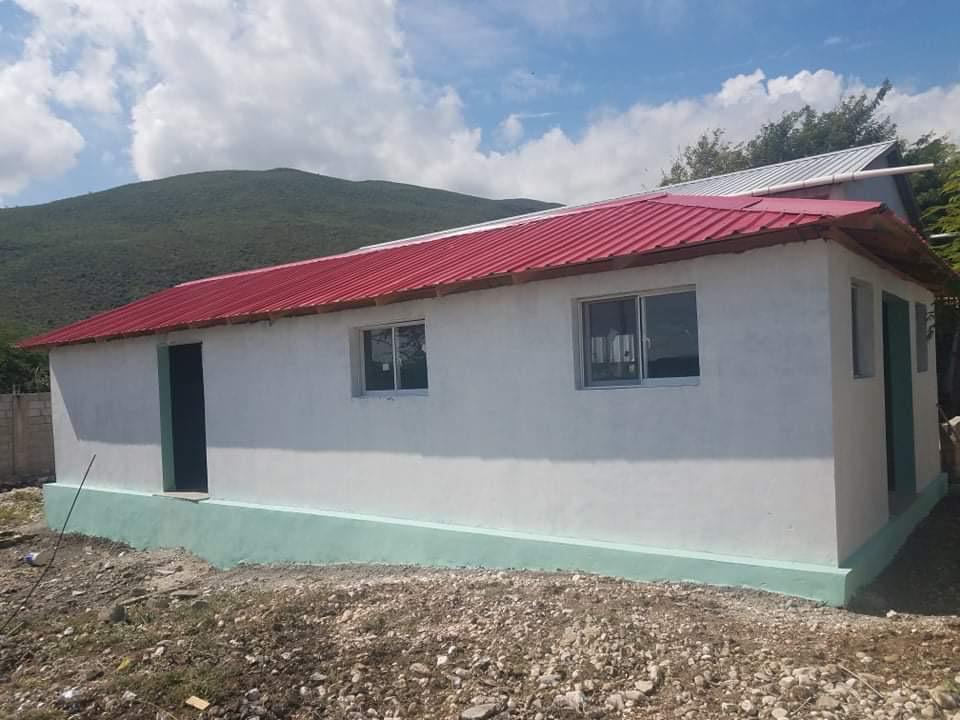 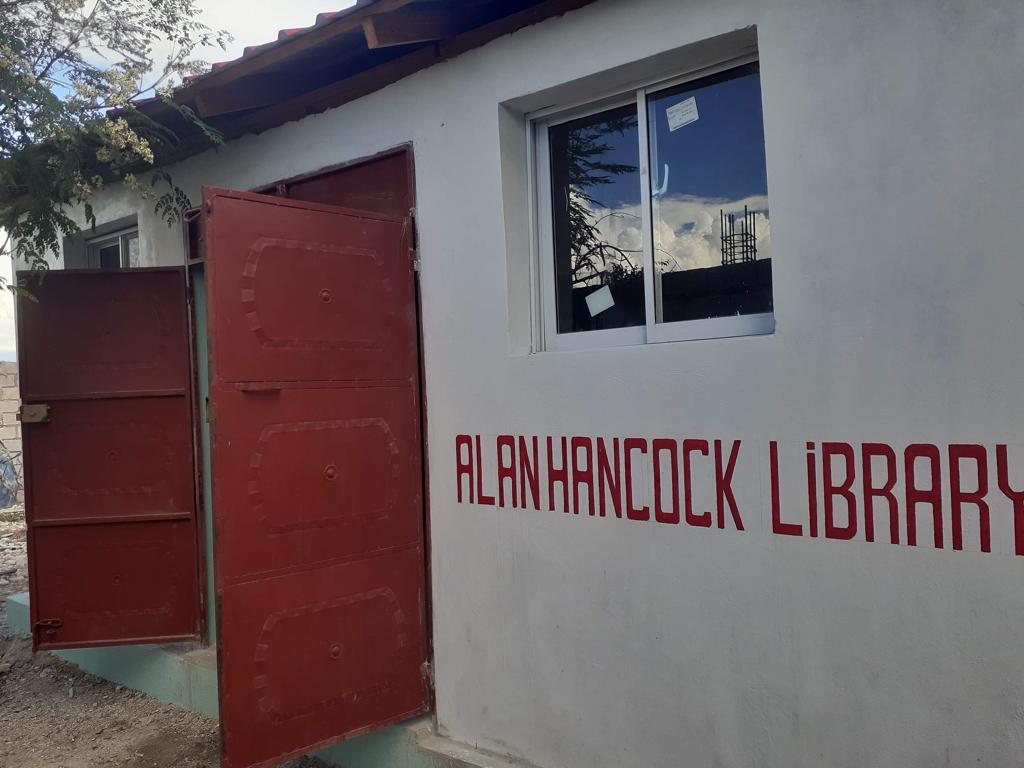 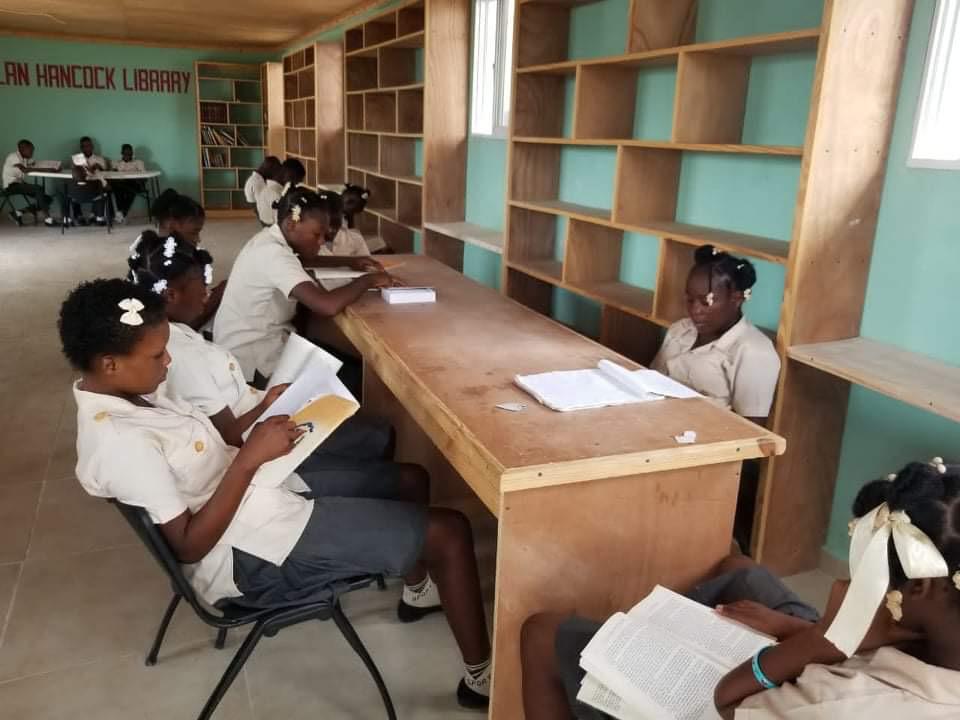 Following the vocational training course run during the Summer of 2019, the students who took Bricklaying practiced their skills under the supervision of the teacher by building a wall to separate the Kindergarten from the rest of the school.    The result is a very impressive wall which now gives the Kindergarten children a little extra security and privacy.    Thank you to those who attended our fun day in 2019, which raised the funds to pay for the vocational training. 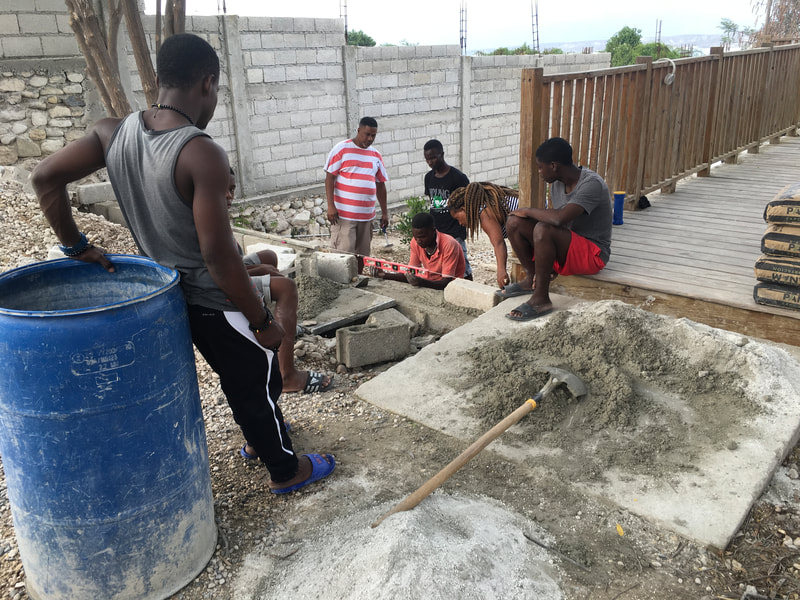 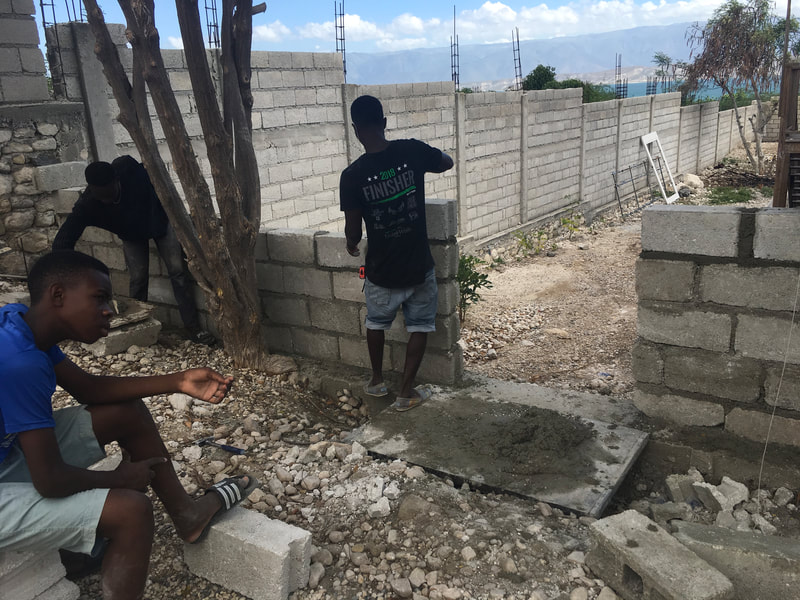 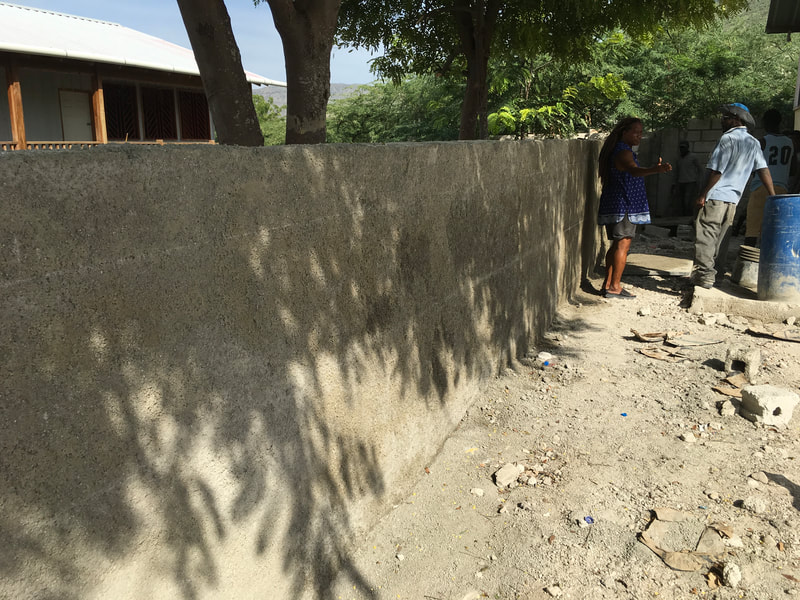 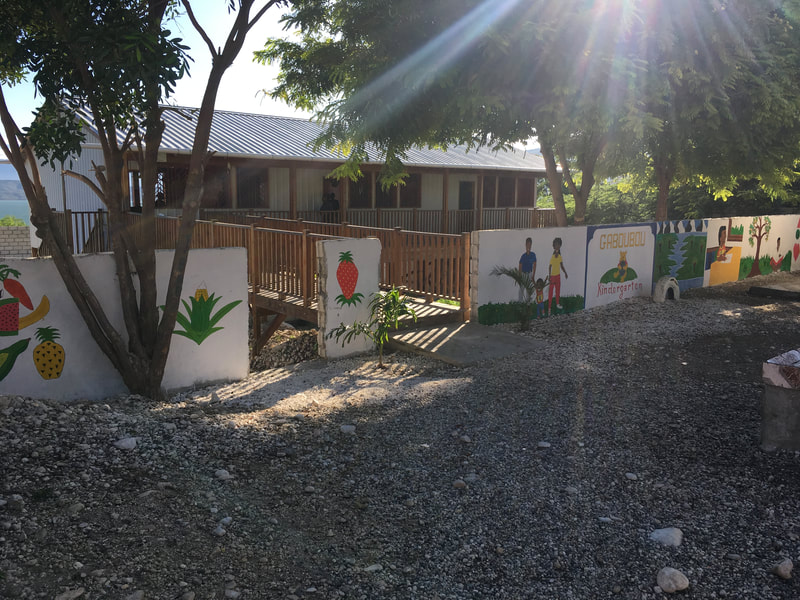 Work on a brick oven started during the summer of 2019, using local labourers aided by students who had taken the Bricklaying vocational training.   The oven was built around a mound of sand using fire bricks and mortar - in the first two pictures below you can see the sand onto which the fire bricks are being built to cover the top of the oven, whilst the third picture shows students mixing the mortar. 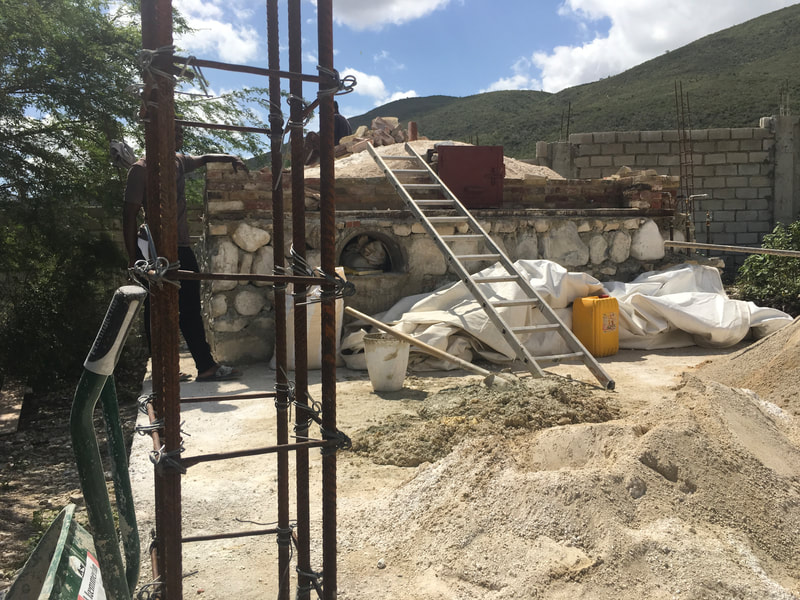 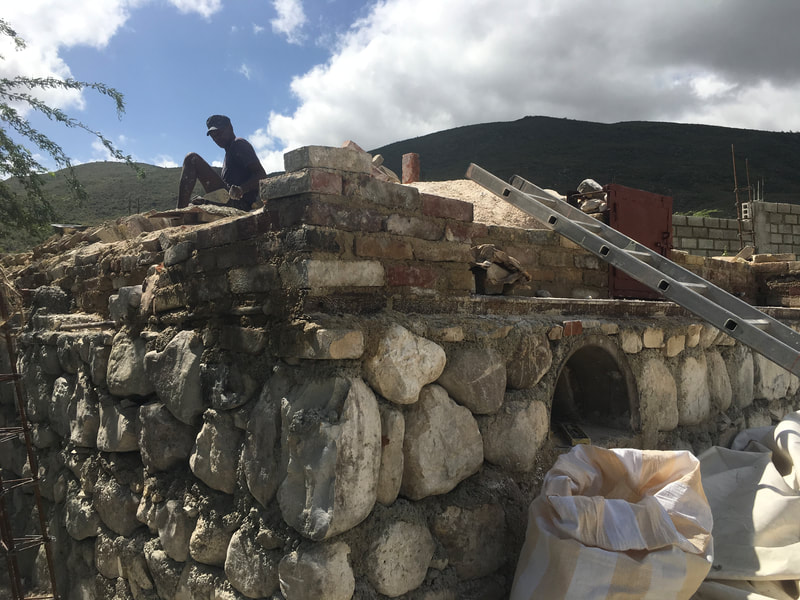 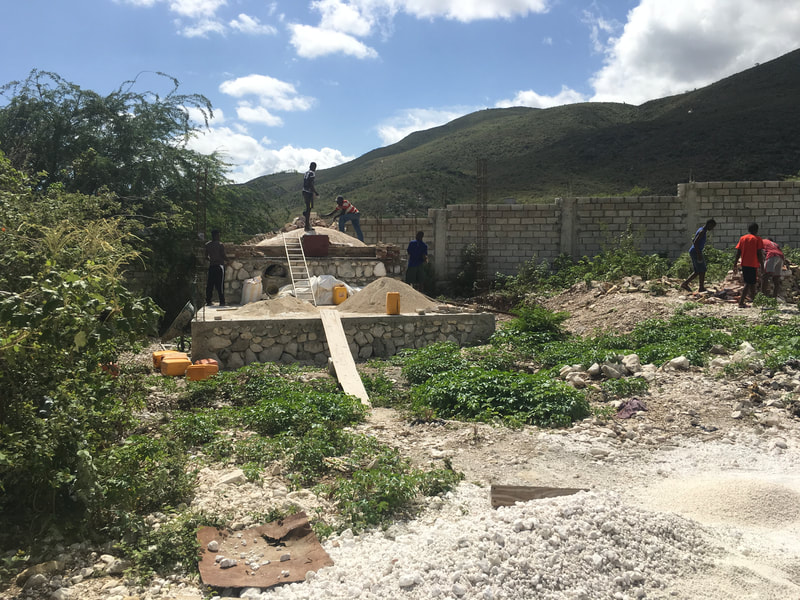 Work on the oven stopped in Oct 2019 as travelling to obtain the necessary parts was too dangerous, but work did progress on the Bake House being built around the Bread Oven.     In Feb 2020 the parts were obtained, enabling the basic oven to be completed during the summer of 2020.  Initially bread was baked for the home and church services, but progress was limited by a lack of training.    Work restarted in 2021 to obtain a barrel to raise the dough, a table to cut the dough, and pans and racks for baking bread.   Now work is finished, a local baker will be invited to provide training, hopefully before the end of 2021, so they are able to bake their own daily fresh bread as well as sell to the local community, hopefully generating income. 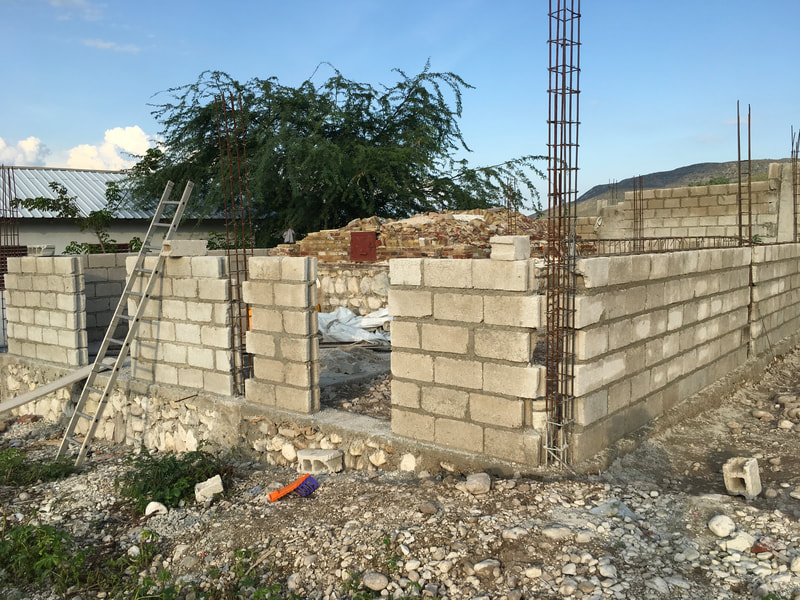 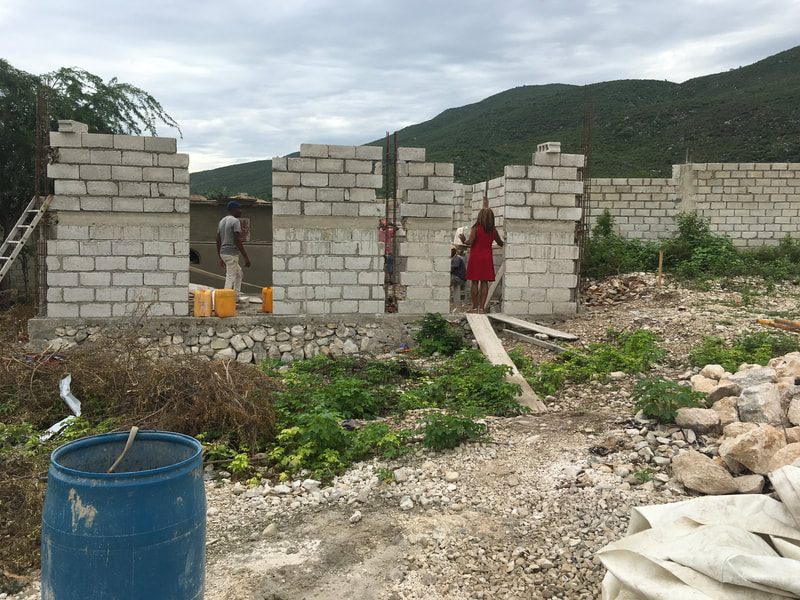 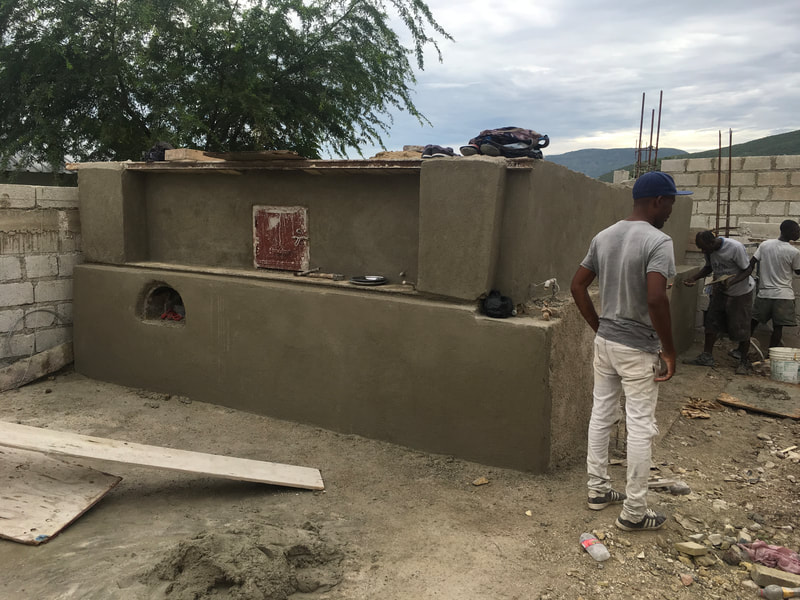 As the 9th anniversary of the Church approached, a big effort was put into completing the building in time for the celebration.  Everyone helped, including the younger children who chipped away at the floor to make sure it was level.  In October 2019 the celebration arrived, and following a week of revival meetings including baptisms in the lake, they held a service in the newly finished church.  The day began at 5.00am with the ladies decorating the Church, and after a four and half hour service ended with a meal they shared together.   Since then, attendance has steadily grown with up to 400 attending services by the start of 2021.   The church is now used for weekly services that include much singing, dancing and lively music, as well as being used for school assemblies and a classroom for the Primary Grade 2 children. 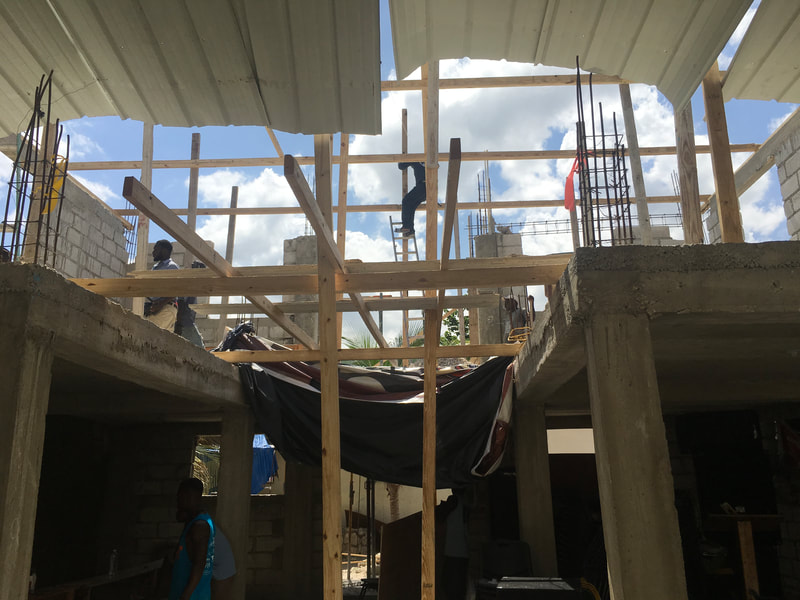 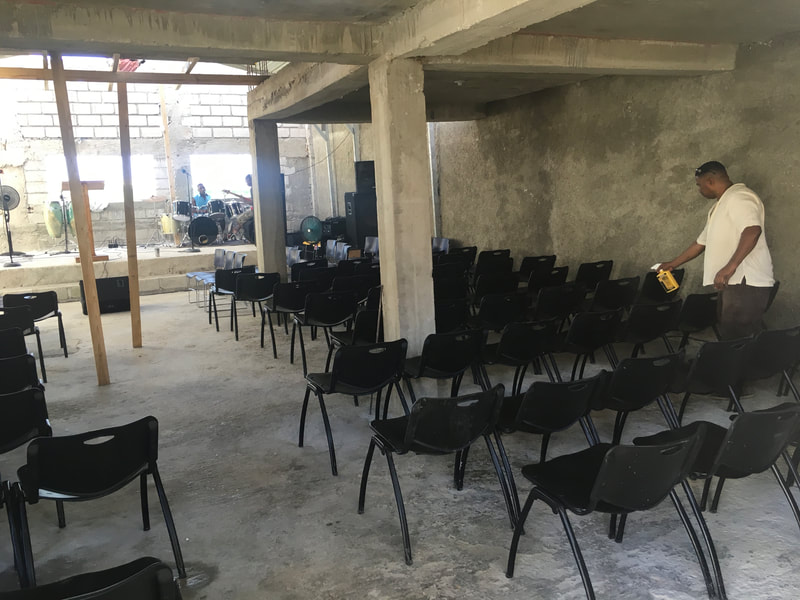 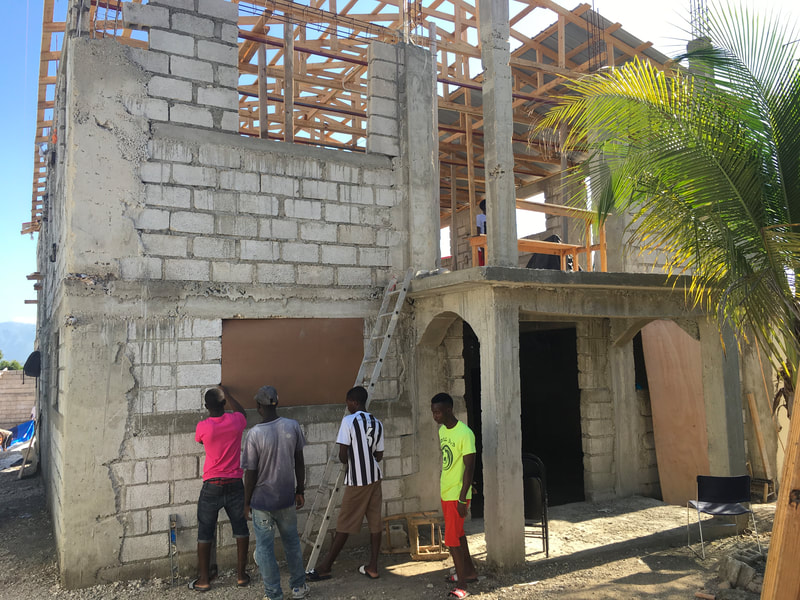 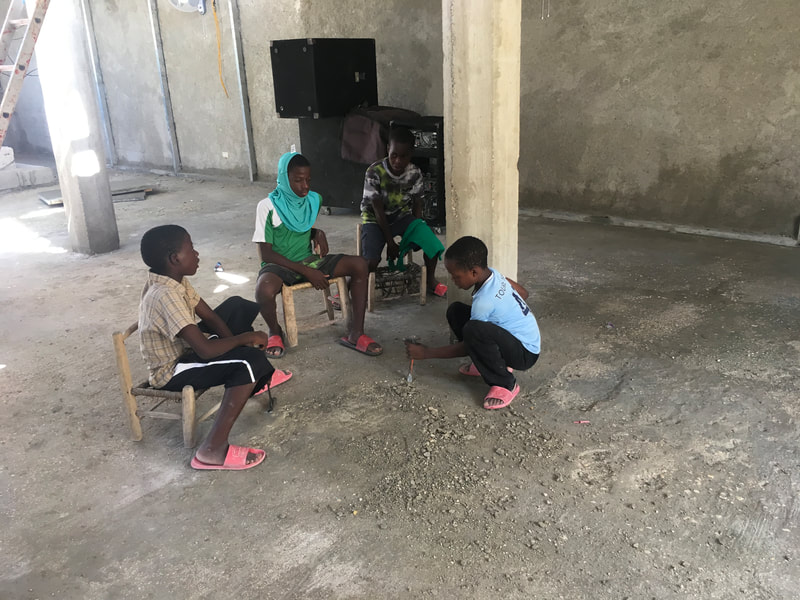 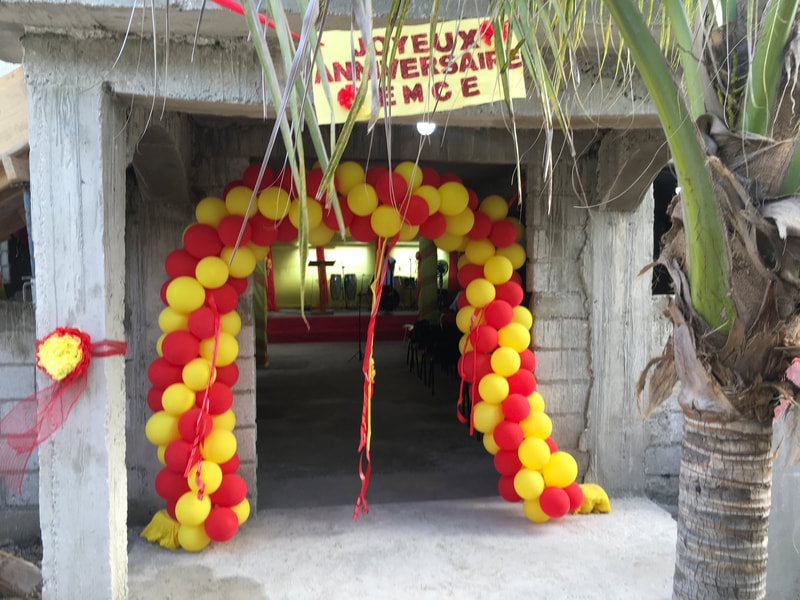 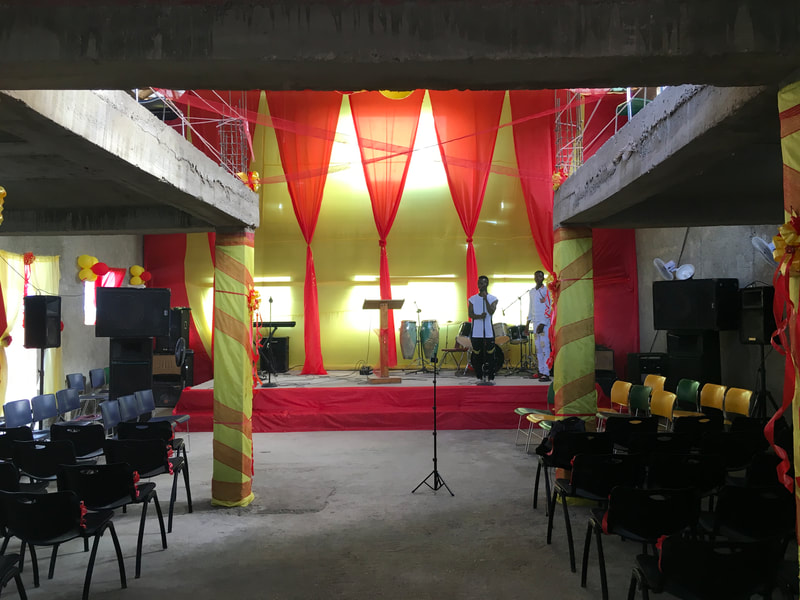 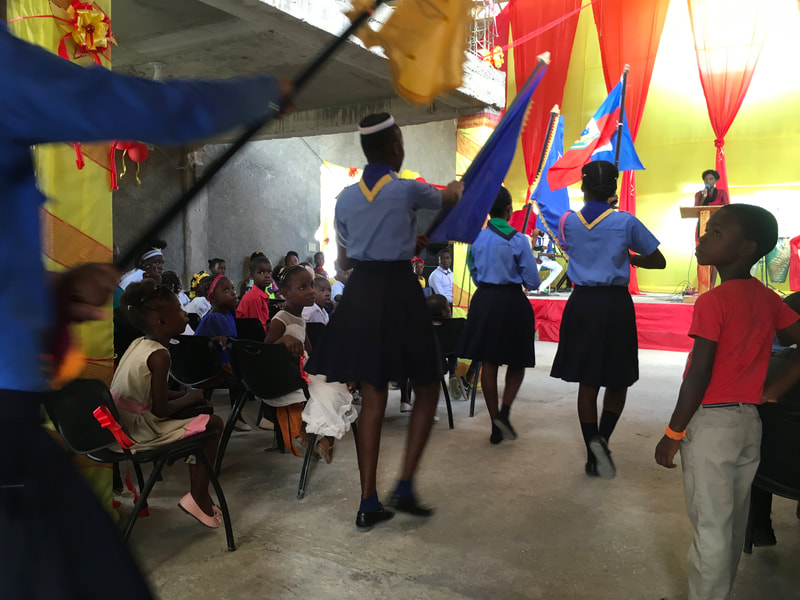 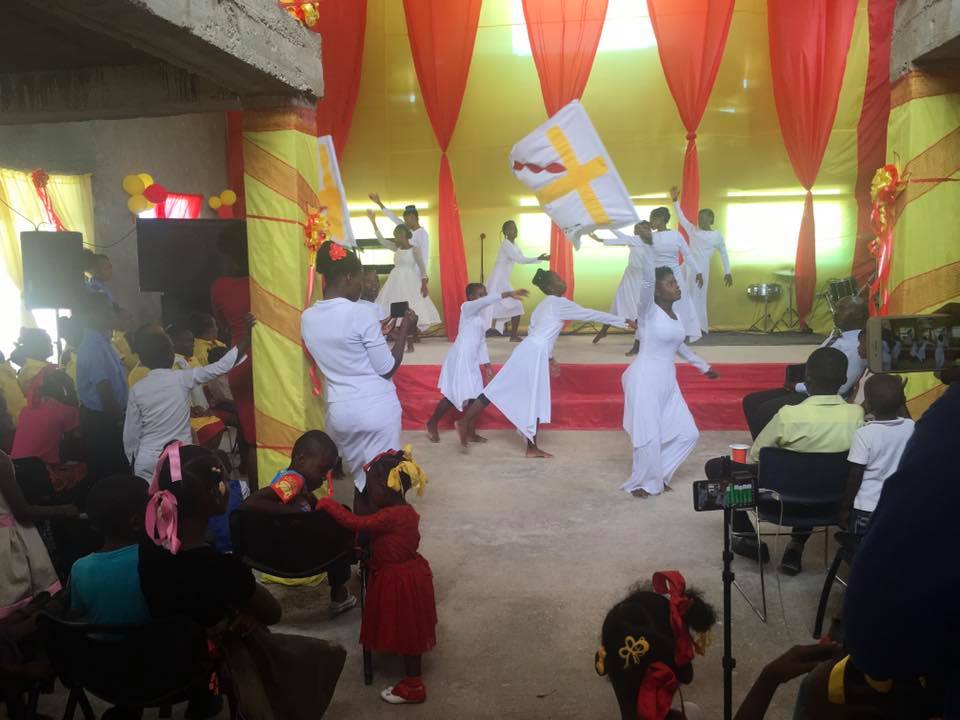 Over the years since the Hope House Charity was founded, many projects have been completed to replace tents and temporary structures with proper buildings and infrastructure.  Projects have been undertaken to provide permanent classrooms for the Kindergarten, Primary and Secondary schools, build a toilet block, and develop a farm to enable animals to be kept and crops planted.   The pictures below show a team of volunteers building two new classrooms in 2017.   They also refurbished the bathrooms, added sinks, and installed showers. 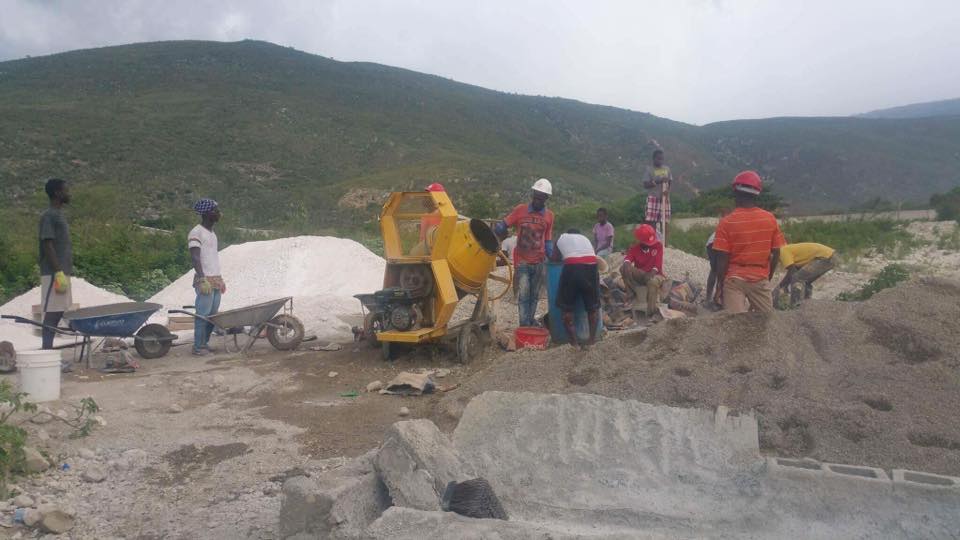 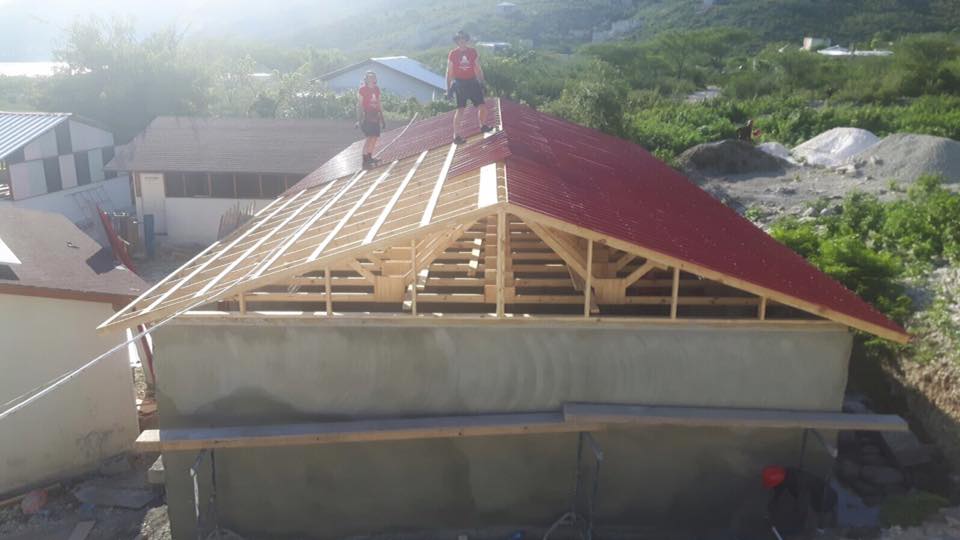 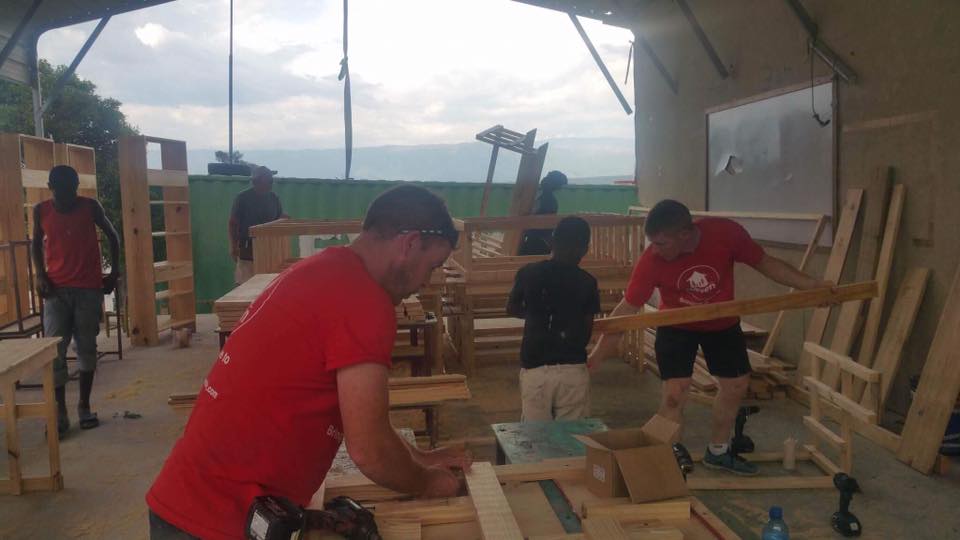 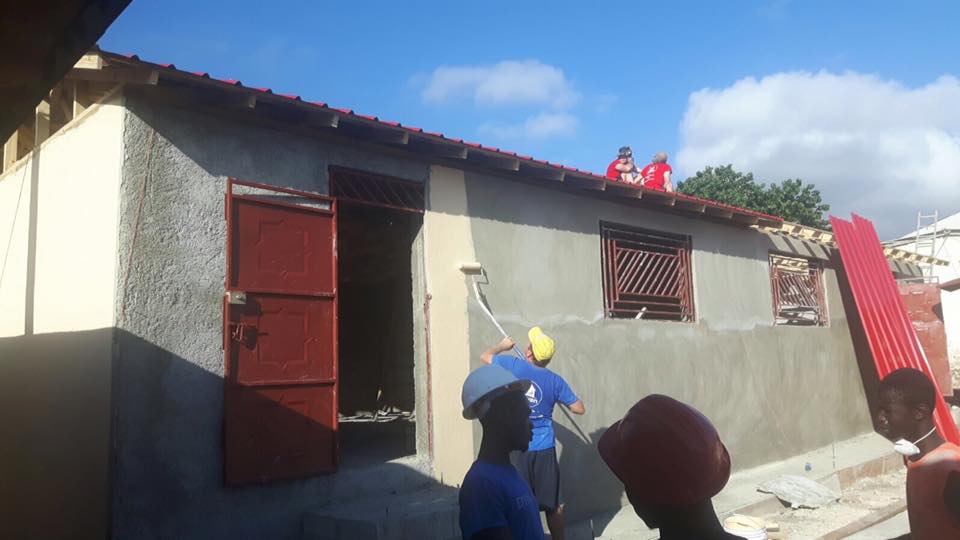 More recently, a wall has been built around the land behind the complex, and two new gates fitted to provide security for the Home and School.  We would like to acknowledge the Inner Wheel Club of Cuckfield and Lindfield who paid for the smaller gate.   Donations have also enabled two School Buses to be acquired, which for a small fee help transport the school children to and from the neighbouring villages.
​